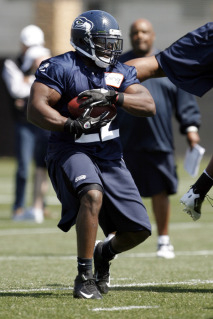 There is probably no one but Seahawks fans who feel that the Seahawks can actually win their division this upcoming season.  As a Seahawk fan myself, I certainly feel that we can win the division.  All other money is on the San Francisco 49ers to once again claim the title.  I don’t think that the 49ers are going to be the same team as they were last year.  Alex Smith may hold some bad feelings because the team put a hold on his contract negotiations in order to “secretly” look at Peyton Manning.  Having said that, even if the 49ers are competitive I think the Seahawks can still win the division and here is why: 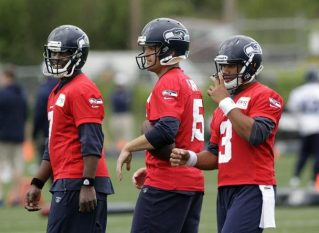 Quarterback Competition – Some may look at our quarterback competition as a reason why would not be competitive in the division.  I think that it is going to make our team stronger.  Only the best of our three QB hopefuls; Tarvaris Jackson, Matt Flynn and Russell Wilson will become the starter.  That means that we have three shots at a great quarterback who could become our new franchise QB.  All three players who are in competition are good quarterbacks and what will come out in training camp is who ends up becoming a great quarterback.  My money is on Matt Flynn.

Strong Run Game – While most teams are working on their passing game, the Seahawks have been quietly building a strong running game.  Marshawn “Beast Mode” Lynch was resigned in the offseason and rookie Robert “Hulk” Tu 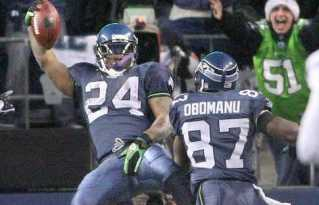 rbin was picked up in the draft.  With these two on the field, the run game is going to be off the hook.  Lynch has already established himself as an elite runner and even caused an earthquake in Seattle when he broke seven tackles to score a touchdown against the New Orleans Saints in a wild card playoff game.  Turbin is just as much of a beast as Lynch and should be a great backup and blocker for Lynch in the upcoming season.

Defense – The most exciting aspect of the Seahawks this year is the defense.  Last year we were ranked number seven in the defensive charts an 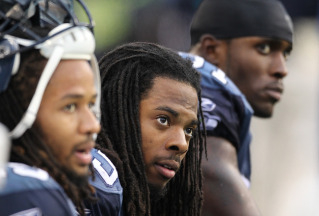 d had three defensive pro-bowlers who represented the Seahawks in Hawaii.  The Seahawks defense is one of the youngest in the league and the team overall is the third youngest.  This is what is so exciting because all of the players are young, some only heading into their second season.

Last season they, like the rest of the NFL did not have a long training camp due to the lockout.  Now they have been working together and have had all the OTAs, minicamp and are heading into full training camp next month.  This defense is going to be in the top five overall and will keep other teams from scoring against us.  Also, the 12th man will be in effect during all home games which also give the defense a huge advantage.  The 12th man has caused more false starts than any other fan base in the NFL.

Overall, while the team is considered very young and was on a rebuild mission, with the exception of knowing who will win the starting QB spot, it is now time for all the pieces to pull together and gel.  I firmly believe that this is our year.  It is 2012, the year of the 12th man and I have faith that this year is the year we make the playoffs and we could even make it to the big show.  I just have one question, “Is it football yet?”