Brad Friedel is amongst the top goalkeepers in the English Premier League. Having played for Liverpool, Blackburn Rovers and Aston Villa he now plays his trade at White Hart Lane with Tottenham Hotspurs. The US stopper holds the record number of consecutive appearances having played 304 games on the bounce. Astonishingly, the last time Friedel missed a premier league game was May 2004.

Not only has he been a significant figure in the Premier League, but has also represented the United States National side on 82 occasions and has featured in 3 FIFA World Cups. Having made his debut in 1992 Friedel is now the 3rd most capped player for United States.

Brad Friedel was denied a work permit on three separate occasion when trying to sign for Nottingham Forest, Newcastle and Sunderland, before he secured a £1.7 million to Liverpool in 1997. After some early success with the Anfield outfit, Friedel found himself playing second fiddle to David James and Sander Westerweld, and three years into his Premiership career made the move to Lancashire to play for Graeme Souness at Blackburn.

Brad Friedel joined Blackburn in November, 2000 and soon became the first choice keeper. He played a major role in helping Blackburn return to premiership that season and was instrumental in helping the Rovers retain the Premier League status for several more years. 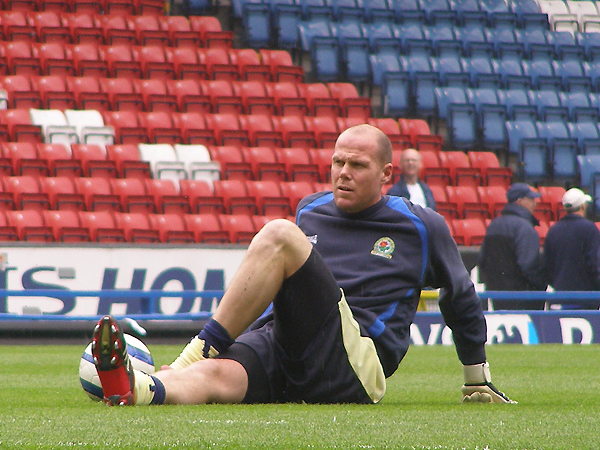 His crowning moment at Blackburn came in the 2002 League Cup final with a 2-1 win over Spurs. Friedel was superb on the day and turned in a man-of-the-match winning performance.  He took his form into the premiership the following season and kept 15 clean sheets which earned him the club’s Player of the year award. In 2003-04 season, Friedel scored a goal in the 90th minute of the game from a corner kick for Blackburn against Charlton Athletic and became one of those very few goal-keepers in the world who have scored a goal in open-play.

After eight years at Blackburn, Friedel joined Aston Villa for 2008-09 season. Friedel was great as usual and his assured performances ensured Villa was considered a strong opposition by other teams. When his three year contract in the midlands came to an end, Tottenham manager Harry Redknapp moved quickly to take bring the formidable keeper to North London and Friedel soon established himself between the sticks at White Hart Lane. 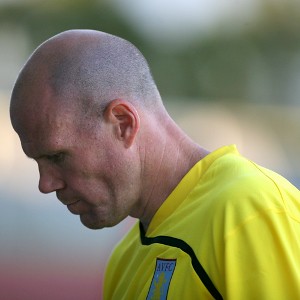 Brad at 40 and at Tottenham Hotspurs

During the 2011-2012 season at the age of 40, Friedel became the oldest player to make an appearance in the Premier League. With the appointment of new manager Andre Villa-Boas at White Hart Lane, Friedel is no longer assured a place in the Spurs side, but at the time of writing there has been no move by the new boss for a replacement keeper.

Friedel has continued to prove his critics wrong time and again in the Premiership and even for his age is capable of pulling of world-class saves. You have to wonder how old he feels when he takes to the field to face strikers that were not even born when he made his professional debut for Bruins in 1990, but even today his resilience and technique puts him amongst the top goalkeepers in Premiership. If you want to keep a goal like Brad Friedel, visit the Keepers Kit website for some great prices.